New Campervanland and the Department of Control 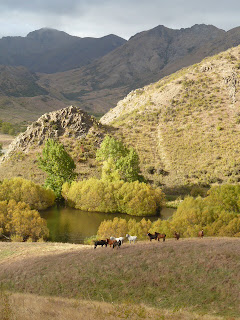 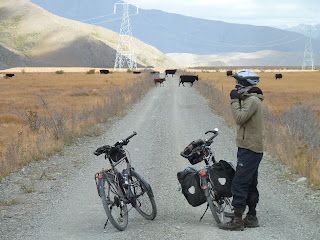 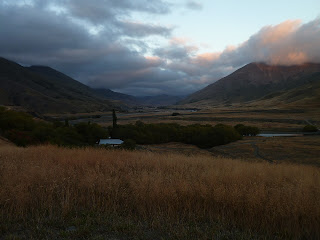 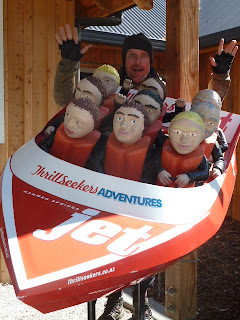 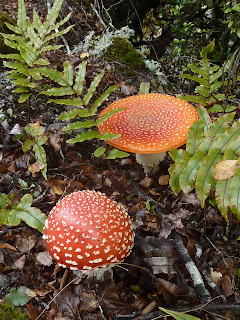 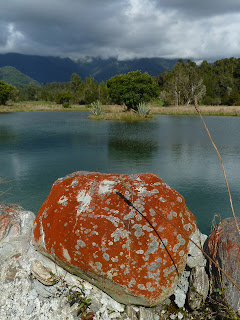 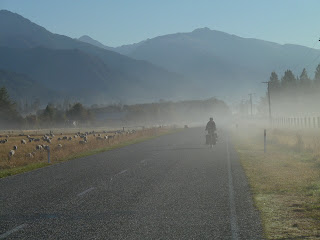 It has come to my attention that the English language has been watered down somewhat while we have been away in foreign speaking countries. I had the manager of an international outdoor equipment chain admit to me himself that ‘waterproof’ on a label no-longer meant the item of clothing had to keep the rain out; disappointing when buying a raincoat. To ‘discover’ something one no longer has to be the first to do so; discover for ones-self I suppose, and I was also surprised to find that one can get up late, have an ‘adventure’ and be back in time for morning latte (new word for coffee). No longer is an adventure, as Baggins the Elder remarked back when New Zealand was still part of Middle Earth, “an uncomfortable, dangerous thing that was apt to make one late for lunch”.
It seems that almost every activity in this country must wave an Adventure banner offering Awesome activities or risk seeming dull to the late teen hoards descending from the Kiwi Experience busses and commercially pre-graffittied Campa-vans. One outfit even called itself awesome.com.
Not that there aren’t some adrenaline and endorphin inducing activities on the menu. Every third bridge has an elastic band clipped to the hand-rail, one need only tie a quick granny knot around an ankle, hand a local a few hundred dollars and leap off. For a few hundred more you can step out of an airplane ‘strapped to a beautiful stranger’ as one ad put it. It is lucky I don’t have the money to spare because I am pretty sure I would find out Idon’t have the guts for these kinds of things.
Adventure Capital of the World is the slogan bandied about; Each one all packaged up with a hefty price-tag attached. Am I the first person even to be even slightly un-awed by a visit to NZ.  Perhaps not as I did hear one girl remark that the only thing New Zealand had that Europe didn’t was sandflies. I guess you can’t really fly all this way and spend all that money to go home and tell your friends it is, well…nice.
Enough of the Spoilt Brat complaining I hear you cry so I won’t even mention all the fences and no-camping signs, land poisoned and trespassers will be prosecuted posters and go straight to say that we are having a…well..very nice time.
Thanks Mark and Jenny for directing us over the Molesworth track as it was the best ride we have had here although the head-wind at one point blew me to a standstill. This gravel track runs 200kms from Blenheim to Hanmer springs over some pretty rugged country where no campervans roam and even I uttered no discouraging word. At Hanmer we turned right up and over the Lewis pass where the quiet road was pretty gentle up and steep down through the eerie Victoria Forest to the old mining town of Reefton. In the Pouring rain we rode, down the Buller Gorge to Westport where we hung our clothes to drip onto the authentic carpets of the Albion Hotel and made a side trip to Foulwind Head to see the seal colony. The place lived up to its name.
Since Westport we have followed the coast road (little other choice) past the pancake rocks south to the Glaciers (where we declined a thousand dollar helicopter flight to view the shrinking ice from above) and on down to Haast under dark blue skies, the only clouds on our horizon being cumulus campervans moving north and south in fronts between mealtimes. The forests, sea and mountains under such a golden light even provoked a few unexpected complimentary adjectives to slip from the lips of a jaded old cyclist though he ensured they never began with an “A”. He had to admit things couldn’t get much nicer.
I believe the root of my sometime discontent lies in the illegality of ‘free camping’ and in fact the difficulty of such, would one, god forbid, choose to flout the Department of Conservation regulations and do so while cycling touring in NZ. Hypothetically speaking of course, if one did opt to flout, one might have to spend perhaps 60% of nights in official campgrounds thus veering further from  the already straining budget. There are DOC (guess that acronym) campsites which are mostly well placed, simple and cheap though not often reachable two nights in a row by bicycle. 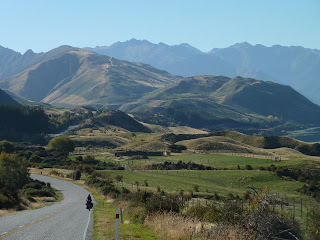 Riding through the countryside here and chatting with the locals’ one becomes at least partly aware of some of the problems affecting the land. One major one is pests and the spread of non-native species. There is (are) Didymo algae or ‘Rock Snot’ spreading and suffocating the rivers where trout have already ousted many native fish. This foul life-form lies fetid on the riverbed like a seventies pub carpet and it takes but one transferred cell to infect a new river.  There is the wilding pine problem in the Marlborough sound area with the unusual solution of drilling and poisoning all trees in a designated area while they are grown as a crop in another. Perhaps the problem with the most controversial DOC solution though is the poisoning of stoats, rats, possums and other undesirables with something called 1080, this was the name of a cheap strong cider available when I was a teenager; that was pretty toxic too. The problem is that this poison works its way up the food chain and takes out the native species as well. DOC’s opinion is that the natives will recover when the pests are gone. The introduced species have decimated their trusting and naïve cousins who naturally had few predators, the poison is reducing their number further to the extent that the thickest wildest forests that we have encountered around the world are almost totally silent. A lot of people don’t trust this radical approach and believe their water is being poisoned, the birds are disappearing and the predator numbers are higher than ever. I for one have nowhere seen so many stoats trundling across the road, they even pop their little heads above the grass sometimes to watch us having breackfast. With other issues such as the threat of widespread  “ Frac “ oil-mining which could also potentially pollute further the water table, it seems there is trouble in paradise.
Posted by BikeBlogger at 22:05

These are great pictures; thank you very much for sharing! This post is an enjoyable read too!